Rosevears, Tasmania, stretches out quietly; relaxed and in no hurry, with proudly unostentatious houses, small rural holdings, orchards and world renowned vineyards clinging happily to the steep hillside along the edge of the Tamar River.

Rosevears is hugged securely by Legana, Grindelwald and Lanena and watches over the majestic Tamar River (Kanamaluka) as it ebbs and flows.

It is a place rich in wetlands fauna and flora.

A very pretty hamlet, Rosevears is located on the western banks of the Tamar Valley, Tasmania, only 15 minutes drive from Launceston.

Prior to the arrival of European settlement, the area around Rosevears was inhabited by the Tyerrernotepanner people who were the dominant indigenous group in Tasmania’s North Midlands.

" Our people walked a long, long way across the Milky Way to Tasmania.

Our ancestral spirits walked down these stairs, coming down and creating country.

When our ancestral spirits stopped digging, they transformed themselves into rock sentinels of various forms, that stayed within country, watching over our land and our people.

Within this ancient land, the three rivers, the Tamar, North Esk and South Esk are significantly spiritual places, and within the Launceston region, the Gorge is the most important spiritual place of all."

Source: 'Welcome to Country' given by Vicki Matson Green during Reconciliation Week 2013 with the unveiling of a plaque acknowledging the traditional owners of the land at the ABC building in Launceston.

When Tasmania was first settled by Europeans, Rosevears became known as the hideout for a notorious Tasmanian bushranger, Mathew Brady: ‘The Gentleman Bushranger’. Brady was able to stay hidden from the law in the thick bushland high up on the ridge at what is now known as Brady’s Lookout. From his vantage point he could watch all the comings and goings along the river in relative safety.

By the 1820’s there was a small shipbuilding industry operation from near the present-day site of Rosevears. At this time the shipyards were known as Battery Point and Cimitiere’s Point. One of the shipyards was owned and operated by a sea captain named George Plummer. It was Plummer who built the ‘Rebecca’; the boat which carried John Batman across the Bass Strait to Port Phillip in 1835 and which led to the creation of Melbourne. There is a plaque commemorating this event on the foreshore of the Tamar River Estuary, near the Rosevears’ Hotel, midway along Rosevears Drive, Rosevears, Tasmania.

The following is a portion of an article printed in the local newspaper, the ‘Examiner” (Launceston, Tasmania) Tuesday 8 August 1944, and tells the story of the Rosevears pioneers. It is also, sadly, telling of the attitude of the Euopean Tasmanian’s towards the Indigenous Tasmanian’s at that period in our history.

‘Interest attaches to the history of the Rosevear family, formerly owners of the site of the town of Rosevears on the west bank of the Tamar, about 11 miles from Launceston.

The first members of this branch of the family – Mr. and Mrs. William Henry Rosevear arrived from England in the early  eighties. They landed at Hobart Town, and after examining the prospect for settlers decided to journey to Launceston. Finally, Mr. Rosevear was granted 640 acres of virgin land on the Tamar by the Lieutenant Governor.

The grant was then known as Cimitiere Point. Although the blacks were very troublesome – it was the year 1829 – he built a dwelling from timber split and sawn from trees on his own property. The land was soon partially cleared and the first crop reaped was wheat, which was ground in the flour mill owned by Dr Mathias Gaunt on the opposite side of the river. Some of this flour was sent to England, where it was awarded first prize at and agricultural show in 1830.

The land to the south of Mr. Rosevear’s property was settled by Mr. and Mrs. George Atkinson in 1832, and George and John Plummer, who were boat builders, received a grant on the northern side.

The Plummer brothers and the Atkinson’s soon had their properties under cultivation, and other people quickly began to drift into the settlement and take up residence. Main industries at the time were wheat growing and saw milling, the timber being shipped away.

The Government requested Mr. Rosevear to build an inn or public house, and in 1848 he was granted a licence to keep an inn. The roadhouse became known as the Rose Inn. In 1854 Mr Rosevear built the present brick hotel. Bricks for the building were obtained from a quarry on his own land, and the black wood doors, which can be seen to-day were cut from timber growing on the surrounding countryside.

When Mr. Rosevear senior died, the property was divided between two sons. Thomas and Edward. Edward occupied the larger part of the cultivated land, now called Rose Hill. Thomas conducted the hotel and worked the land now known as Rosevears. The family relinquished control of the hotel some years ago. First it was let, then sold, and has since changed hands many times. ‘

Today Rosevears is known for its wine production; and its apple and cherry orchards. 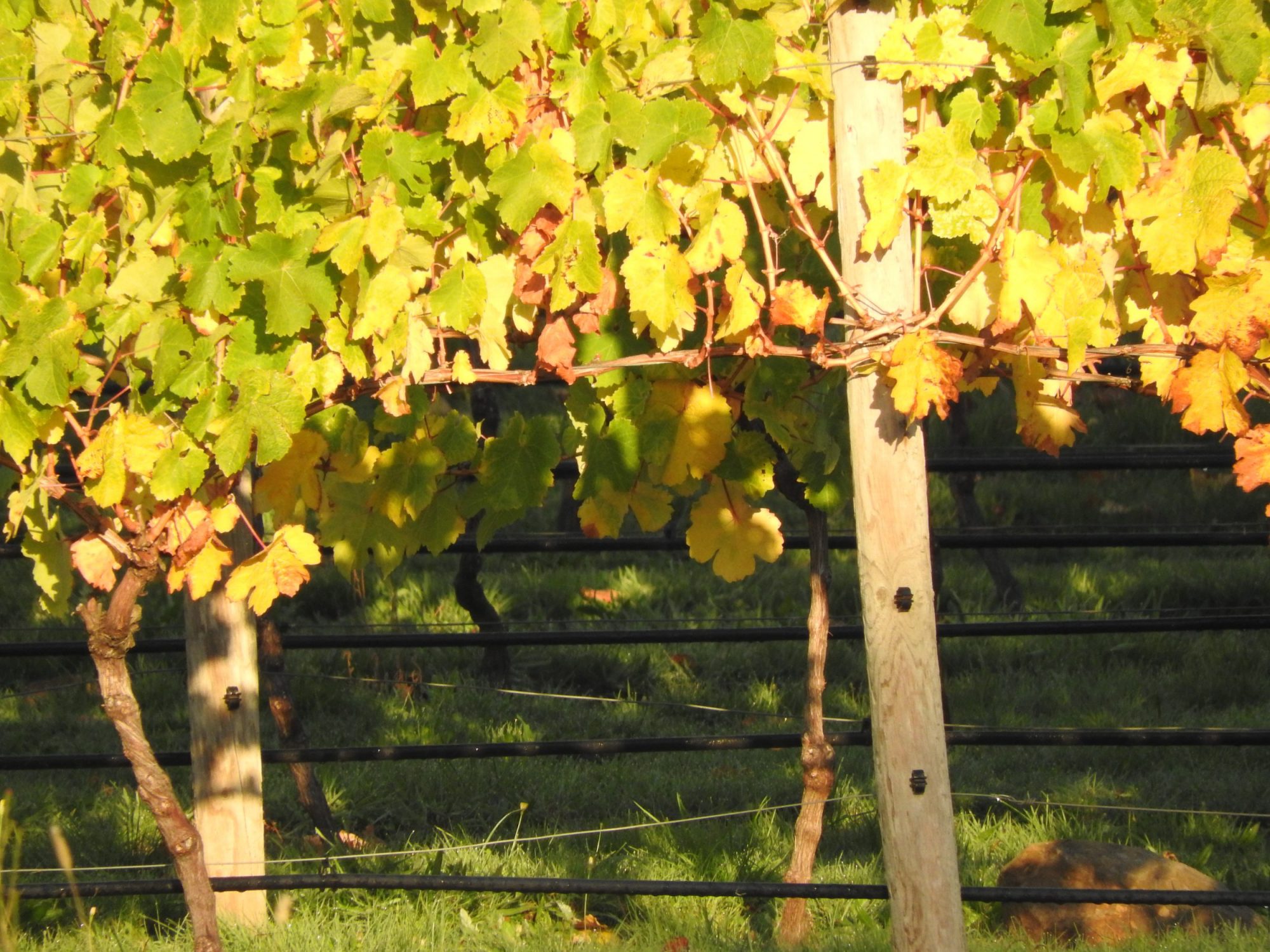 We look forward to your visit.

Many Australian animals will try to cross the road at dusk or dawn and need your help to keep them safe.

Please keep to the speed limit of 50km on Rosevears Drive.